Mini is an upcoming Bengali movie that will be released on 6th May 2022 in theatre. After cheeni Mainak Bhaumik again comebak with a different story. Rahul Bhanja presents the film Mini under the banner of M.K Media Pvt. Ltd and Small Talk Ideas. Mimi chakroborty, Sampurna lahiri are many more casted.

This is the story of Mini, who is a single aunt. Mini represents a story of how a Single woman is struggling with our society to raise her niece. The film will show us the lovely bond between a little girl and her aunt. How her aunt can do anything to make their life happy and joyful.

Mimi Chakraborty is an Indian actress and also a member of Lok-Sabha. Mimi started her career through a tv series Gaaner Opare in 2010 on Star Jalsha and after that, she debuted on big screen Bapi Bari Jaa. Mimi is not only an actress, but she also runs a youtube channel of her own singing song, and her channel is successfully run with 425k Subscribers. Mimi is a real-life inspiration for everyone, how nicely she handled her life’s every part and that’s so appreciatable.

Sampurna Lahiri is an actress

#1. When Mini will be released? 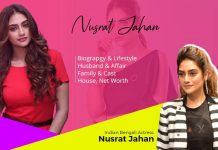 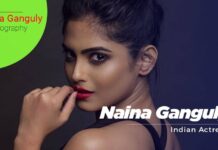