Confirmed Bigg Boss 14 contestants Name list 2020 with name and photo, Bigg Boss 2020 will premiere on the 3rd of October 2020. Here is the final contestant’s list of Bigg Boss 14

Bigg Boss is a Hindi languial reality show based on the Dutch original Big Brother. The celebrities (Gharwales) are overlooked by an invisible man called Bigg Boss whose presence is only felt by its voice. This show has been successful for almost 13 years, now the makers are ready for the 14th season.

Reality Show Bigg Boss will premiere on 3rd October 2020 on Colors channel, hosted by Salman khan. Fans are excited to see who are the celebrities, who were approached for Bigg Boss 14. Here is the almost confirmed Bigg Boss 14 contestants list 2020. If any kind of changes are made, we will let you know as soon as possible.

Eijaz Khan is a Bollywood and television actor who rose to fame in Kkavyanjali. His other works include Lao… Aao Trisha (ACP Kabir Rana), Punar Vivah: Ek Nayi Umeed (Vikrant Suryavanshi), and many more.

Nikki Tamboli is a talented South Indian Actress who is famous for her attractive look and stunning personality. She works in some popular movies like Chikati Dadhilo Chithakkotudu, Thippara Meesam & Kanchana3.

Abhinav Shukla is an Indian actor, last outing on TV was Silsila Badalte Rishton Ka where he played an abusive husband. But in real life, he is madly in love with his wife Rubina Dilaik. The two love adventure in real life and will be seen in the show together.

Rubina Dilaik is an Indian Television actress. Famous for her role Chotti Bahu. She won more love from her fans. She and her husband Abhinav come in Bigg Boss session 14 as a couple contestant.

Jasmin Bhasin is an Indian actress. She is known for her roles like Twinkle Taneja  Sarna in Zee tv’s popular show Tashan-A-Ishq. She was also cast in Dil Se Dil Tak as Teni Bhanushali. Jasmin has been part of other shows like Naagin 4 where she portrayed the role of Nayantara since 2019.

Nishant Singh Malkani is an Indian actor who debut with Miley Jab Hum Tum as Adhiraj. He is gaining popularity for his role as Akshat Jindal Akka AJ in Guddan Tumse Na Ho Payega. He appeared in a horror web series Ragini MMS: Returns as Raj.

Jaan Kumar is the son of Indian melody singer Kumar Sanu. Jaan is also a playback singer who started his career with the song Akele Hum Akele Tum, Dil Mera Churaya Kyun in 2018. Interestingly he was one of the chorus singer in Amir Khan’s film Taare Zameen Par (Bum Bum Bole).

Pavitra Punia is a Indian television actress who currently playing the role of Timnasa in Sab TV’s popular show Balveer Returns. She also appeared in many popular series like Naagin3 as Poulomi Roy.

Bigg Boss has been the most popular controversial reality show of all the time. Last year it broke so many records that the makers are under pressure to maintain the same quality in this year too. So the Bigg Boss fans, the wait is almost over. Keep supporting your favorite celebs!

Arshi Khan is an internet sensation, model, and television personality. She was a contestant of Bigg Boss 11. In 2017, she was the 2nd most searched entertainer.

Rakhi Sawant is a television actress and Bollywood dancer who works in many Odia, Kanadda, Marathi films. She was the ex- contestant of Big Boss 1 and currently entered  into the house as a challenger.

Aly goni is a popular television actor known for portaying the role of ‘Rommi Bhalla’ in Yeh Hai Mohabaatein. He has participated in many reality shows  like Nach Baliye 9 and Khatron Ke Khiladi 9 and finished as a the finalist in both the shows.

Vikas Gupta is a host, screenwriter and a television producer. He participated in reality shows like Bigg Boss 11, Fear Factor : Khatron Ke Khiladi 9. He was the host of ace of space.

Shardul Pandit is an RJ, television actress, and singer. He started his career as an RJ (Radio Jockey) with Radio Mirchi. He participated in big boss 14 but evicted on day 43.

Kavita kaushik was is a television actress best known for playing Chadramukhi Chautala in Sab TV’s sitcom F.I.R. She has also participated in many dance reality shows like Nach Baliye and Jhalak Dikhhla Jaa. Her other notable works include Kutumb, Dr. Bhanumati On Duty.

Kashmira Shah is a Indian actress who appeared in many Hindi and Marathi film. She is half- Maharashtrian and half-Gujarati.

Manu Punjabi is a popular television personality who was also a finalist in Bigg Boss 9. He has also participated in Bigg Boss 14 as a challenger but was taken out from the house due to some health issue.

Naina Singh is a television actress, a model known for playing the role of  ‘Rhea Mehra’ in Kumkum Bhagya. She was the winner of Splitsvilla 10 along with Baseer Ali. She is an actress and model by profession.

You Can Also Read about last year Bigg Boss Contestants 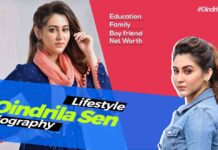 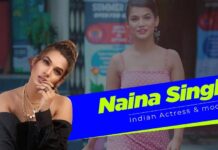