Ankush Hazra is a famous Indian Actor and dancer. Superstar of Bengali film industry. He has become an important part of the Bengali Film industry by playing the role of Shibu of in his debut film. He was born & brought up in Bardhaman, India. From Shibu to Jay, Raja or Anupam this journey has been incredible.

Ankush was born on 14th February 1989 in Burdwan, West Bengal, India. He is popular as a commercial hero in the Indian Film Industry.

Ankush belongs to a Hindu family. His big support system is his parents who always support him in any situation. he is the only one child of his parents.

Ankush has a relationship with the Television industry’s popular face Oindrila Sen. For the first time they met in a gym center. Their relationship turns into 9 or 10 years.

From childhood Ankush has an attraction towards dancing. After he completed his schooling he shifted to Kolkata for his higher studies but deep inside he always wanted to be an actor, that’s why he took acting training from Bhowanipore under the director Pijush Saha and also took dance training under the Popular choreographer Bibhash Chowdhury.

After facing many ups & downs Ankush debuted through Pijush Saha’s film Kellafate 2010 then Ankush emerged as a romantic hero & also a good dancer but he came into limelight after his second film Idiot where his co-star was Srabanti Chatterjee. After his second film he started enjoying his starrdom and also gained lots of fans and followers. Since then he signs on to many big projects with many stars like Late Tapas Pal, Kharaj Mukharjee, Prasenjit Chatterjee, Parambrata Chattopadhyay, Rudranil Ghosh, Jishu Sengupta, Anirban Bhattacharya. Within 6 years (From Kellafate) he achieved his place in Tollywood industry among the top ten Bengali actors.

Right now he is working on his upcoming films which are scheduled to release in 2020.

Ankush is a BBA Graduate. he completed his schooling at Bardhaman Holy Rock School, then he shifted to another school which was also in Bardhaman.

After schooling, he got admission in B-Tech Electronic Engineering in Durgapur, but for his dream to be an actor, Ankush shifted to Kolkata and prepared himself for his acting career. And completed his Graduation in BBA from The Heritage Academy of Kolkata.

Some of his popular movies

His Girlfriend Oindrila reveals that he is a very good & caring guy but he has two bad habits.

Ankush leads a luxurious life. His main source of income is Acting. He lives in Bardhaman near Kolkata with her family.

Ankush belongs from a middle class family, there was a time when he struggled a lot. But now he is the owner of 3.3million dollar.

Some Unknown Facts of Ankush Hazra

From Kellaffate to Villain this eight years old of his journey was remarkable. He had to face  lots of struggle & lots of  ups and  downs. Facing  many  rejection and being ignored when he finally got his chance he proved himself and others  that actually what he is,so don’t leave struggle in  midway,u keep doing  it one day u will be successful like Ankush, who proved  himself through his journey.

We tried our best to give all the relevant information about (Name). Hope you guys liked this article, what you think about your favorite actor Ankush Hazra. Share your opinion in the comment session. 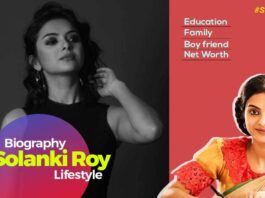 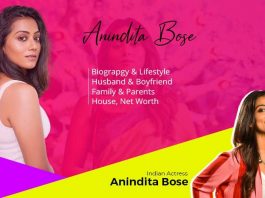 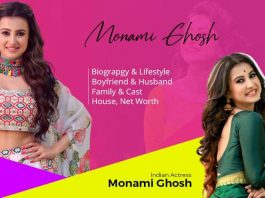 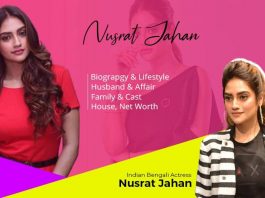 ABOUT US
Introducing The WikiTokBio Where You get a lot of information about Indian Most Popular Celebrities, Actors, Artists & Influencers, With their Biography & Lifestyle.
Contact us: contact@wikitokbio.com
FOLLOW US
© Copyright 2020 - WikiTokBio All Rights Reserved